By subscribing to our mailing list you will always be update with the latest news from us.


On the eve of start of "Green Wari" initiative, of Savitribai Phule Pune University, that combines Spreading awareness on ecological awareness, for the promotion of water resources and regeneration of tree cover, 16731 saplings (Neem) were distributed to volunteers of National Service Scheme (NSS).
NSS unit of Dr. D. Y. Patil College of Pharmacy, Akurdi, Pune- 411044 has taken active participation in this abhiyan conducted by by SPPU, and attempted to create GUINNESS WORLD RECORD on 23th June 2019 at 11:15 am, in span of 2 hours 38 mins 38 seconds. Total 63 students of Dr. D. Y. Patil College of Pharmacy, Akurdi have contributed for same. Maharashtra Chief Minister Hon. Devendra Fadnavis was the chief guest at the event. The saplings are likely to be planted along the Pune-Pandharpur pilgrimage route taken by warkaris during Ashadhi Wari. With the record attempt, the SPPU announced the start of its ‘Green Wari’ initiative, which combines ecological awareness with the larger objective of promoting conservation of water resources and regenerating the tree cover.
Chief Minister Devendra Fadnavis, Pune Guardian Minister Chandrakant Patil, Mayor Mukta Tilak, District Collector Naval Kishore Ram and SSPU Vice Chancellor Nitin Karmalkar, among others, were present at the event. Hon. Fadnavis, who also administered an oath to participating NSS volunteers for ensuring a ‘Green Wari’ this year, said the pilgrimage has a tradition of more than 700 years and it should be a matter of privilege for students to be able to contribute towards making the journey of warkaris easier and more fulfilling. 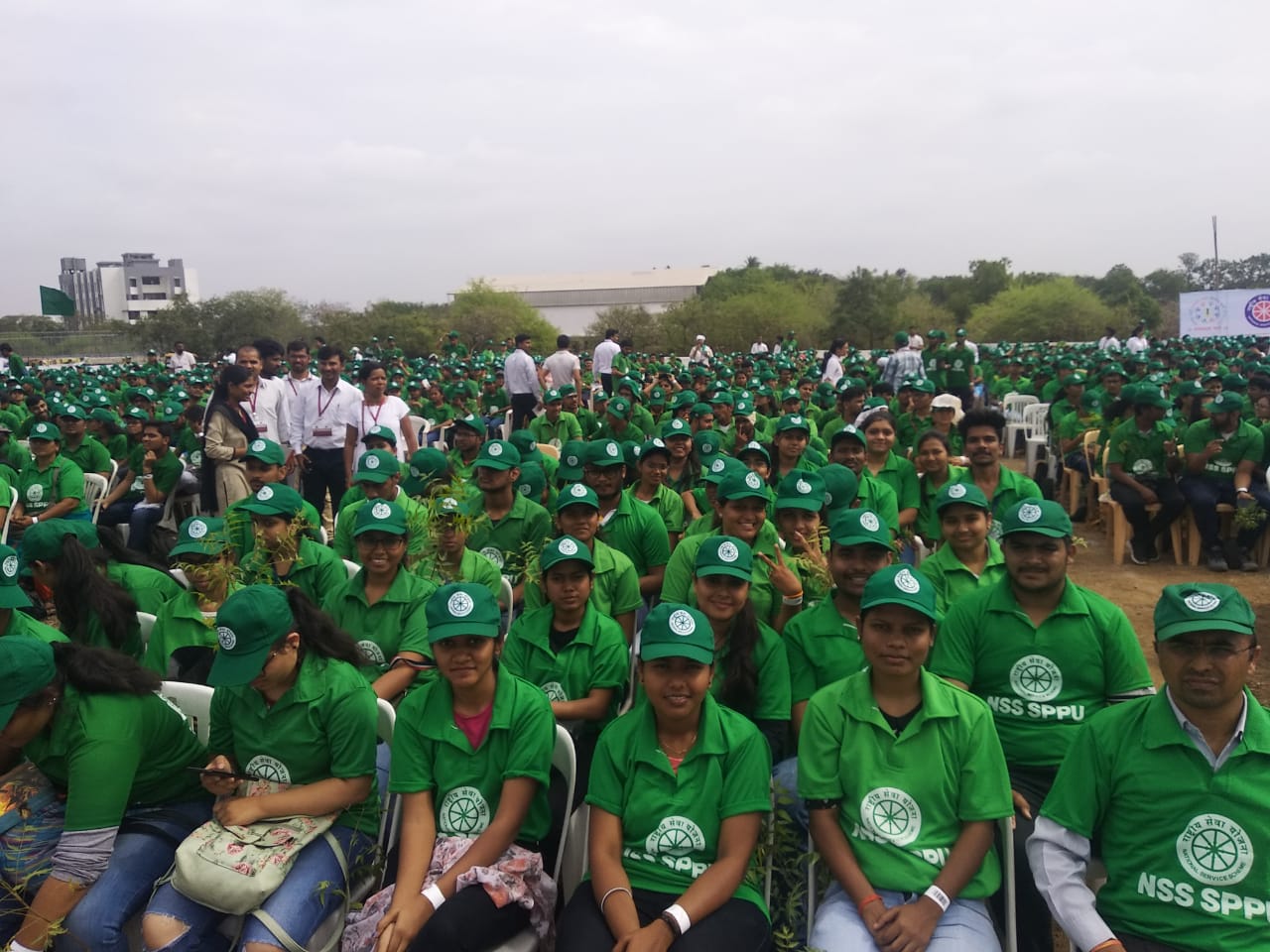